Preston Powell is a civil rights scion, who has been a DJ, night club owner, artist rep, and sensei.  His grandfather was Adam Clayton Powell, Jr.,  the first African American to be elected to Congress in the state of New York. Preston has fused his talents and early experience with tea drinking culture into a successful business and dojo. If you visit the Nyack Farmers’ Market, look for Teagevity and meet the Bruce Lee of loose tea.

Tell me about this teacup?

When I was about 19 or 20, I walked into a martial arts dojo on Lexington Ave in New York City and saw a man, who turned out to be the Sensei, holding a cup of tea. The way he held that teacup struck me. It reminded me of my childhood, when women would sit for tea after services at Abyssinian Baptist Church. When I started my martial arts training everything was about holding a cup of tea; your posture, your movement, you had to defend a teacup. Eventually, I was given this teacup. For over twenty years, I have protected this cup. It has been my introduction to Asian and other tea drinking cultures. It is a connection to the fellowship of drinking tea after church.

What is your connection to Abyssinian Baptist Church?

My grandfather was Adam Clayton Powell Jr. He was pastor of Abyssinian Baptist Church in Harlem and in 1945, he was the first African American from New York State elected to Congress. My grandmother, Isabel Washington Powell, was a dancer at the Cotton Club when she met and married Adam Clayton Powell. I am in the process of donating some items from my family to The Smithsonian Institute in Washington for their new African American wing. One of the exhibits is going to be about early black residents on Martha’s Vineyard. My grandparents summered and owned a cottage there. 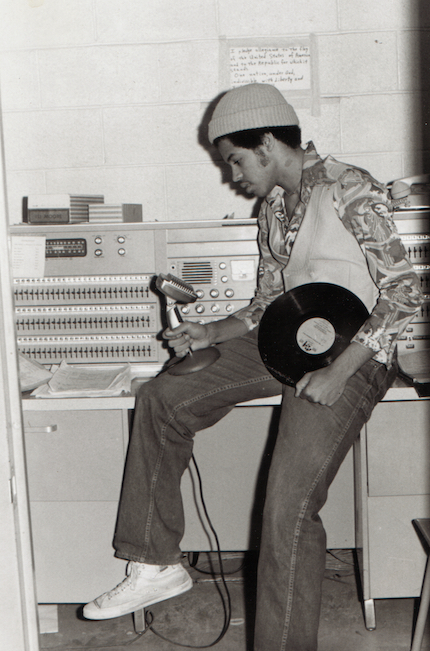 How did you get your start in music?

My first radio show was on WYBC “Black Spectrum” at Yale University. I did the over night Saturday Soul and R&B Radio Dance show. This was the early 70’s. From there, I DJ’d at the Snow Chicken in New Haven and would spin basement blue light parties from , Connecticut to New York City. As a mobile DJ, I traveled with an old Crown Reel to Reel and two Technic SL1200 Turntables and a Bozak Mixer. Man those were the days!

WBLS Program Director Frankie Crocker hired me to create Dance Mix shows to be aired on WBLS in New York which aired on weekends. I also did Mix shows for WKTU.

This was the early defining period for what we now know as the Disco era. The next step was becoming a club DJ and Billboard Dance reporter and working all the big Clubs in Manhattan: Xenon, Club A, Magique, Leviticus, Pippin’s, Mellow Mouth in the Hamptons, and regular guest spots and famed Studio 54, the Anvil and Tea dances at the Cock Ring in the Village. 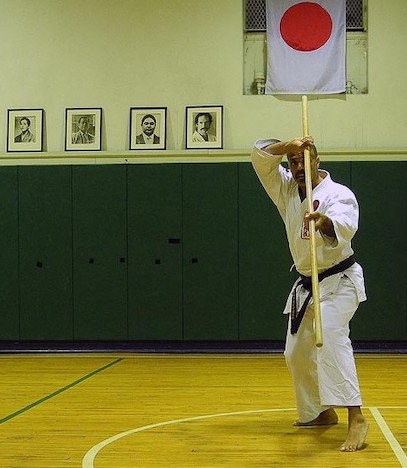 How did you come to Nyack?

As a child, I spent my summers by the water in Martha’s Vineyard. I also spent a lot of time in Sag Harbor. When I came across the Tappan Zee Bridge one day around 1999, and I saw the Village of Nyack and the Hudson River, I instantly knew this would be a home for my family.

It helped that it was only 20 minutes from New York City, where I had a music business. My company, Jazzateria, managed jazz and reggae artists including Reuben Wilson, Bernard  “Pretty” Purdie, Jimmy McGriff, Miri Ben-Ari and Midnite, a reggae band from St. Croix.

When did you open your dojo?

To-te Ueshiro Karate Club opened in 2006. It is organized as a club more than a business. We don’t advertise, we don’t have a neon sign. The focus is on training for personal growth, not for competition or trophies. In our Shorin-Ryu tradition, skills are handed down through the family. We try to prepare the father to train the daughter and the grandfather to train with the grandson. It’s an activity for the whole family. Our style of Karate was brought to Okinawa, Japan by men who were taught by Shaolin monks in China. They were in Okinawa as traders and taught their trading partners martial arts to protect themselves from the mainland Japanese. My teacup came from Japan.

When did you launch Teagevity?

I was frustrated with the business of music, and I wanted to create something new and local that my family could be a part of. Tea had been on my mind. I loved the substance of it and the rituals around it. In the dojo, students would ask what to do when they didn’t feel well. I had become an elder dispensing wisdom about medicinal properties of different teas and herbs. 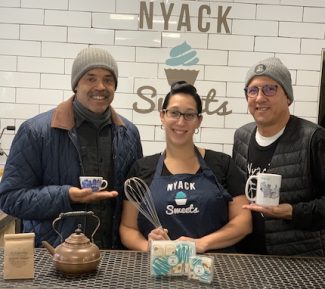 The deluxe set includes a Rockland County mug AND the classic Nyack mug, Assam tea AND a steep and two full size chocolate covered Oreos and 4 pieces of nougat. ($50)

Pre-order before mid-nite on Dec. 2nd for a $10 discount.

Photo at Hartell’s by Raymond Wright.

Then one day, when I was driving with my wife and saying how much I loved life, she said the word longevity, and then added the word tea. When I heard “Teagevity,” that was it. I got the domain name that day. That was two years ago.

How many varieties of teas do you offer?

What is your most popular item?

Our most popular item is Organic Assam, which is also known as Irish Breakfast. And a South African tea called Rooibos,  with blue mallow flowers is also very popular.

Is there one tea in particular that people should know more about?

That would be Pu-erh, from the Yunnan province, China. It has beneficial properties that many in the world have known about forever. Dr Oz talks about it and all the fashion models in Europe drink it. The tea breaks down cholesterol. It’s good for your blood pressure too. It works as a detoxifier, helping with the liver,  because it helps you flush water. And if you are looking to cut weight, this is your tea.

What’s the best way to make a cup of tea? 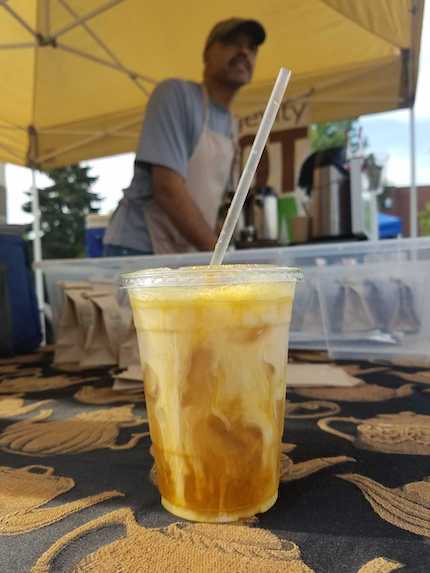 The water you use is very important. The number one beverage in the world is water. The number two is tea.  Since a good tea is rich in anti-oxidants and minerals, the water should be pure as well. If you had a free flowing spring, that would be best. If not, use bottled or filtered water. Try not to use water from the tap.

The temperature depends on the tea; for a green tea, pre-boiling or about 170-175; for black tea, herbal and botanicals bring your water to a 210 – 212 degree full boil.

You can peruse Teagevity’s selection of loose tea and tea gear online at teagevity.com or every Thursday from 8a-2p at the Nyack Farmers’ Market at the main municipal parking lot until December 19. Starting on January 2, 2020.