“We die. That may be the meaning of life. But we do language. That may be the measure of our lives.” These words were apportioned by Toni Morrison when she received the Nobel Prize for Literature in 1993. One year after her death, the scale of Morrison’s personal achievement and cultural impact is still being calibrated.

In Nyack’s Memorial Park, there is a permanent monument in the form of a bench that commemorates Morrison, one of 25 located around the globe that landmark significant sites of the African diaspora. The Nyack bench honors African American abolitionist and entrepreneur Cynthia Hesdra.

On the one year anniversary of Toni Morrison’s death, Wednesday, August 5, from 7 – 8p, the public is invited to select and read a passage from one of her novels or essays. Join together and celebrate Toni Morrison’s words and legacy!

Here are the remaining programs in the series:

Beloved initially was published on August 12, 1987. On its 33rd anniversary, Dr. Lori Martin, author of Ex-Slave’s Fortune, will lead a virtual discussion of both the film and book versions of Dr. Morrison’s work.

Join us for a discussion on mixed-race female characters in relation to Morrison’s nonfiction text Playing in the Dark with Dr. Tracyann Williams.

Join Phyllis B. Frank, the Associate Executive Director of VCS, as she leads a workshop on Undoing Racism. Through dialogue, reflection, role-playing, strategic planning, and presentations, this intensive process challenges participants to analyze the structures of power and privilege that hinder social equity and prepares them to be active organizers for justice.

The Nyack Library is inviting a conversation about racism believing that words are a great way to gain understanding.

You can participate by recording a video of reading a short passage from any book (or poem!) that you feel is empowering, educational, or a seminal work with the theme of combating racism to add to our “Combating Racism” page on our website during their banned books week September 27 through October 3.

At Nyack Library a year long tribute, the Black American Culture & Art Series: The Legacy of Toni Morrison, features a virtual readout on Wed., Aug. 5th at 7p, to mark the anniversary of the loss of the queen of words.

To the world, Morrison was one of our most celebrated and successful authors and scholars. For many in Nyack, she was a neighbor from the village down the road, a mother and friend. Here are some excerpts selected by members of our community at a memorial service at Nyack Center the week of her passing, words that offer her trademark bluntness on race and gender, urgently needed guidance in these tough times that she presaged.

Whose home is this?
Whose night keeps out the light
In here?
Say, who owns this house?
It’s not mine.
I dreamed another, sweeter, brighter
With a view of lakes crossed in painted boats;
Of fields wide as arms open for me.
This house is strange.
Its shadows lie.
Say, tell me, why does its lock fit my key?

Excerpt from her 1992 Nobel Lecture:

“The systematic looting of language can be recognized by the tendency of its users to forgo its nuanced, complex, mid-wifery properties for menace and subjugation.

It is the language that drinks blood, laps vulnerabilities, tucks its fascist boots under crinolines of respectability and patriotism as it moves relentlessly toward the bottom line and the bottomed-out mind. Sexist language, racist language, theistic language – all are typical of the policing languages of mastery, and cannot, do not permit new knowledge or encourage the mutual exchange of ideas.”

All immigrants to the United States know (and knew) that if they want to become real, authentic Americans they must reduce their fealty to their native country and regard it as secondary, subordinate, in order to emphasize their whiteness. Unlike any nation in Europe, the United States holds whiteness as the unifying force. Here, for many people, the definition of “Americanness” is color.

Under slave laws, the necessity for color rankings was obvious, but in America today, post-civil-rights legislation, white people’s conviction of their natural superiority is being lost. Rapidly lost. There are “people of color” everywhere, threatening to erase this long-understood definition of America. And what then? Another black President? A predominantly black Senate? Three black Supreme Court Justices? The threat is frightening. 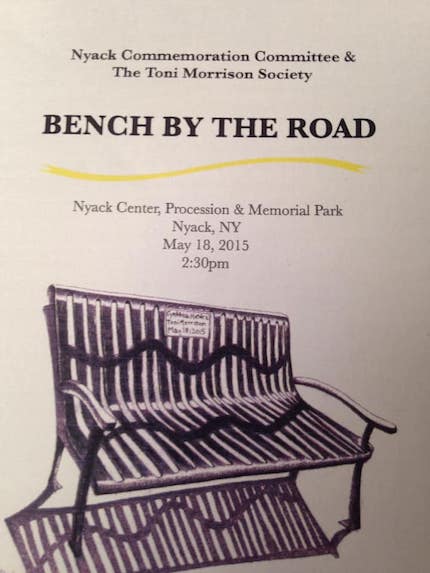 In order to limit the possibility of this untenable change, and restore whiteness to its former status as a marker of national identity, a number of white Americans are sacrificing themselves. They have begun to do things they clearly don’t really want to be doing, and, to do so, they are (1) abandoning their sense of human dignity and (2) risking the appearance of cowardice. Much as they may hate their behavior, and know full well how craven it is, they are willing to kill small children attending Sunday school and slaughter churchgoers who invite a white boy to pray. Embarrassing as the obvious display of cowardice must be, they are willing to set fire to churches, and to start firing in them while the members are at prayer. And, shameful as such demonstrations of weakness are, they are willing to shoot black children in the street.

To keep alive the perception of white superiority, these white Americans tuck their heads under cone-shaped hats and American flags and deny themselves the dignity of face-to-face confrontation, training their guns on the unarmed, the innocent, the scared, on subjects who are running away, exposing their unthreatening backs to bullets. Surely, shooting a fleeing man in the back hurts the presumption of white strength? The sad plight of grown white men, crouching beneath their (better) selves, to slaughter the innocent during traffic stops, to push black women’s faces into the dirt, to handcuff black children. Only the frightened would do that. Right?

These sacrifices, made by supposedly tough white men, who are prepared to abandon their humanity out of fear of black men and women, suggest the true horror of lost status.

It may be hard to feel pity for the men who are making these bizarre sacrifices in the name of white power and supremacy. Personal debasement is not easy for white people (especially for white men), but to retain the conviction of their superiority to others—especially to black people—they are willing to risk contempt, and to be reviled by the mature, the sophisticated, and the strong. If it weren’t so ignorant and pitiful, one could mourn this collapse of dignity in service to an evil cause.

From conversations with Oprah Winfrey

“I tell my students, ‘When you get these jobs that you have been so brilliantly trained for, just remember that your real job is that if you are free, you need to free somebody else. If you have some power, then your job is to empower somebody else. This is not just a grab-bag candy game.’

“This is the time for every artist in every genre to do what he or she does loudly and consistently. It doesn’t matter to me what your position is. You’ve got to keep asserting the complexity and the originality of life, and the multiplicity of it, and the facets of it. This is about being a complex human being in the world, not about finding a villain. This is no time for anything else than the best that you’ve got.”

Special thanks to Dr. Lori Martin for her scholarship, Dustin Hausner, Judy Whidbee and Jeff Rubin for their photography.