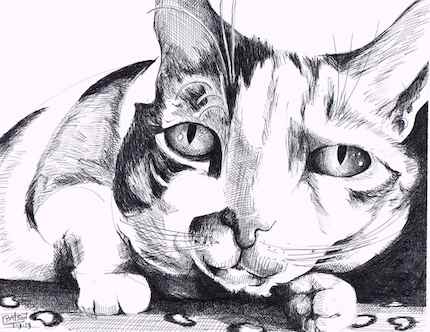 Tina Traster, managing editor of the Rockland County Business Journal, has found her most vigorous voice as a documentary film maker exposing the plight of forgotten pets. 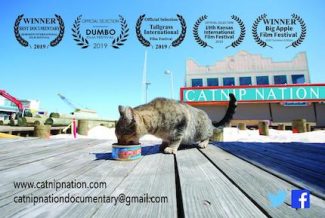 Catnip Nation is an hour-long documentary that explores the dichotomy between our beloved, cherished pet cats, and the equal number who live on the streets.

The ASPCA puts the number at 90 million apiece. On top of that, 1.4 million cats are euthanized in shelters annually – at a rate of 70%.

At a festival screening or on DVD, which is available from major retailers including Wal-Mart, Target, Barnes & Noble, Best Buy, or visit catnipnation.com

Catnip Nation’s festival circuit continues. You can see a screening on March 29, at 3p at the Garden State Film Festival at the Asbury Hotel, in Asbury Park, NJ.

Nyack Sketch Log sat down with Traster to learn about the issue and her film, Catnip Nation, that is currently on the festival circuit and available on DVD.  If you keep reading, your curiosity won’t kill any, but may save, some cats

Feral cats are described in your film as neither domesticated or wild. Is that accurate?

Yes. Feral cats are typically cats that have lived on the “streets” for too long — this could mean a kitten as young as eight weeks for lack of socialization. These cats live in colonies — they can be a few or many — and the real problem is reproduction. A female cat starts breeding at less than a year old, and can have several litters in a lifetime. That’s why TNR is critical.

TNR stands for Trap Neuter Return. Literally it means to trap ferals. Get them fixed and recuperated and vaccinated, and return them to their colonies. The reason for the “R” is that many ferals cannot be socialized, although many of us cat lovers have lured a feral and turned him into a couch companion. But it takes a lot of time and work. The important thing about returning a cat to its place is that cats will go looking for their territory. You can just drop them in a field.

In the best-case scenario, a colony has a caretaker, and that caretaker has “TNRed” the cats, which means they’ve been fixed and vaccinated against rabies. The colony caretaker typically feeds once or twice a day and in colder climes, provides some kind of makeshift shelter made of wood, plastic or cardboard. Unfortunately many feral cats die from the cold, and most kittens in a litter born in the winter months do not make it.

Would cats in a colony die without concerned citizens providing water and food?

A Darwinian question. Some will survive. Many will ultimately die. It’s man’s (and woman’s) instinct to help cats living on the street. Those who are helped along probably have a better chance of survival. Often times a caretaker will intervene when a cat is ill and get it medical treatment.

Can a colony get too big? 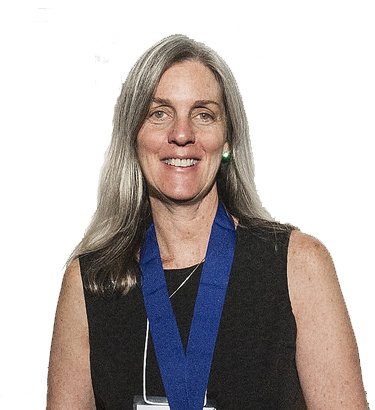 One could say that every colony is too big, and ultimately it would be great to eradicate this problem. The smaller the colony the more manageable. The key is TNR because it winnows down the size of the colony and disrupts the breeding cycle.

Who are some of the people that you’ll meet in Catnip Nation? 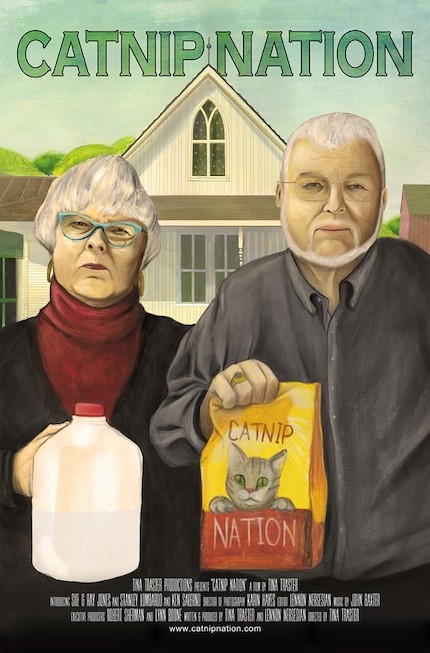 The main heroes of Catnip Nation are Stanley Lombardo, who used politics to fight for his feral colony, Ken Salerno, who fought the Seaside Heights government when it disbanded a successful TNR program, and Sue and Ray Jones, an older Kansas couple who were fined and nearly jailed for feeding ferals, and who took their case to the appeals court. No spoilers on how that turned out.

Are there any analogous animal populations to a cat colony? 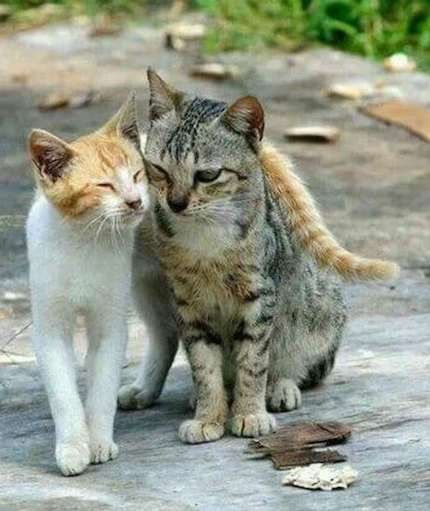 Not really. Can’t think of another domesticated animal (cats domesticated themselves 10,000 years ago) who live with us and on their own.

What have you been doing in the county to advocate for cats?

For several years, I’ve worked with elected officials and the community to teach the value of TNR. We had luck in the Villages of Haverstraw and West Haverstraw, where enlightened mayors understood the problem and passed legislation. Sadly, Rockland County has been resistant to deal with this problem otherwise at the political level.

Is it illegal to feed feral cats in Rockland County? 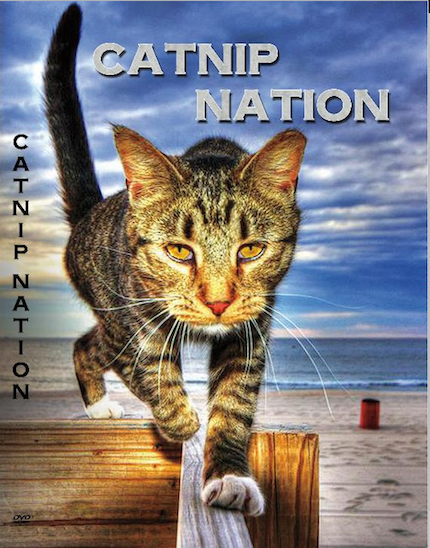 There are no “regressive” ordinances banning the feeding of feral cats that I know of in Rockland. However, because there are only supportive TNR laws in the Villages of Haverstraw and West Haverstraw, the rest of the county essentially operates in a gray zone.

Do you have cats?

At the moment, we have four.

What are their names and what kind are they?

Mimi, Leo, Jacques, and Pascal — three American shorthairs and one Maine Coon mix. Mimi came from the streets. Leo was found in a barn, Jacques was adopted at Hi Tor and Pascal came from a rescue group.

What is the subjects of you other documentary? 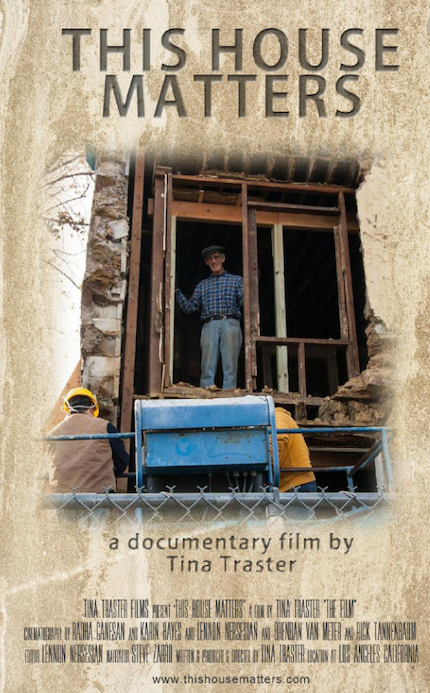 My former documentary was This House Matters, which shone a light on the vulnerability of Dutch stone historic houses in Rockland County
What’s your day job?

I continue to make films, but I also am the Editor and Publisher of Rockland County Business Journal, a 24/7 news site.

How is Catnip Nation being received?

It’s been wonderful. We’ve won three awards on the festival circuit: Best Doc at the Big Apple Film Festival and the Hoboken Film Festival, and Audience Award at the Kansas International Film Festival. We’ve screened at six festivals and have two more on tap: The Garden State Film Festival on March 29th at 3 pm at The Asbury Hotel in New Jersey, and later this summer at the New Hope Film Festival. 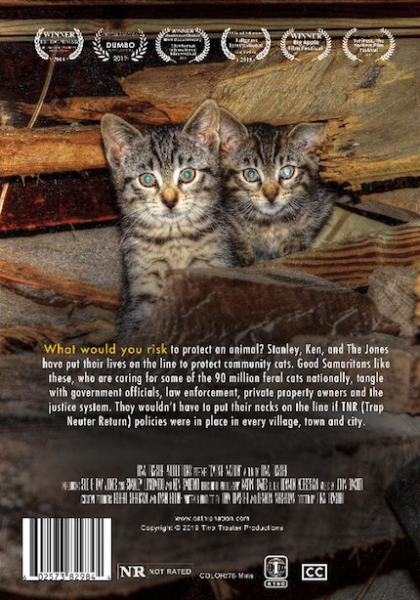 How did you fund Catnip Nation?

We had two executive producer, Ron Sherman and the late Lynn Boone from Piermont (who recently passed away). We also ran several fundraising campaigns and raised several rounds of capital.

Have you always been a cat person?

I have always had an incredible empathy for animals — from the smallest bug to the most majestic creatures. I think, in part, I see them as voiceless — needing our help. But I also view animals as a purer version of humans — driven by instincts, love, sentient needs. They are the purer forms of us.

Were you ever a dog person?

Yes!  My first “baby” was a dog I loved more than rainbows. When he died, a piece of me died too. Oddly, a kitten saved me, and that kitten led to another and another, and before I knew it, more. Cats are like that. Contagious.

There will be a fundraiser brunch to benefit Four Legs Good and T-N-R efforts.

Mayor Michael F. Kohut – Village of Haverstraw, & Mayor Robert D’Amelio – Village of W. Haverstraw will be honored for their extraordinary commitment to improving the lives of community.