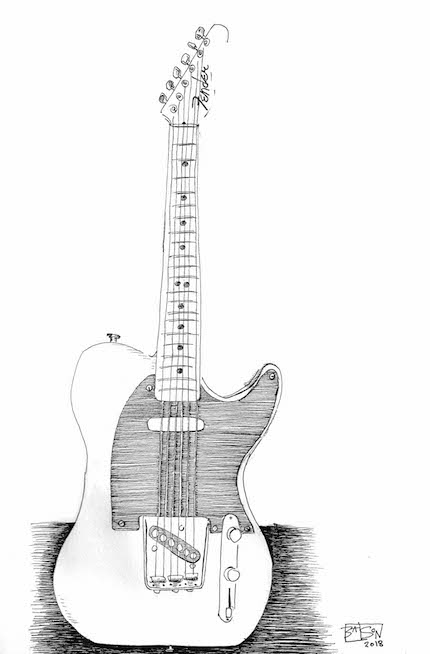 As generations of teenagers could tell you, there are few therapeutic interventions as powerful as a Fender guitar, a few friends, an amp and an audience. Music for Life’s Jeffrey Friedberg has figured this out, and the band created from his workshops, The Rock ‘n’ Rollers are taking their positive results on the road.

While music is magic for children of all needs, the populations that Jeffrey serves at his creative arts therapy program on Depew Avenue have shown extraordinary progress during practice and live performance sessions. Young people who have struggled with loud, crowded spaces and social interaction are now commanding center stage like rock stars. Before an A-lister sits in on a session, making a ticket price out of reach, I suggest you check out The Rock ‘N’ Rollers at their next gig at the Nyack Center on Sunday, March 8 at 4p. 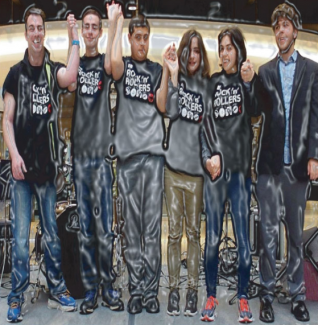 On Sunday, March 8th at 4p, you can see the Rock ’n’ Rollers live on stage at the Nyack Center.

These 6 young adults, who rock the world with the joy and inspiration, have performed throughout Rockland County over the last 5 years.

The Nyack Center is located at 58 Depew Ave

Reserve you tickets with Jeffrey Friedberg at info@musicforlifecenter.com or (845) 642-0859 or pay at the door cash or check

Testimonial from a family member:

“The best thing about Rock ‘n’ Rollers has been the friendships. Finding close social connections for special needs teens is not easy. Ties that no longer need parental help to facilitate. The chances are high they will be friends for life.

Who are The Rock and Rollers?

The Rock ’n’ Rollers are a band of 6 young adults who perform rock and pop music. They rehearse once per week for 90 minutes at Music For Life Creative Arts Therapy PLLC.

The Rock ’n’ Rollers started in 2016, but most of the current group of 6 musicians have been together for 4 years. They perform in the community once per month. They have performed at the Palisades Center, The Great Nyack Get Together in Nyack’s Memorial Park, Rittershausen Theater at the Old Nyack High School, The Whiskey Kitchen, Lynch’s Restaurant, Joe and Joe’s Restaurant in Nyack, Tappan Zee High School, for the Sinead’s Green Heart Foundation as well as other venues. They opened twice for grammy award winning Dan and Claudia Zanes.

What led to the formation of The Rock n’ Rollers

As a music therapist for over 20 years, I knew that a band offered participants an opportunity to share their love of music with others, make friends and learn how to work together as a group.

The band named themselves! For their first year and half they were called the “Tuesday Rock Band” as that’s when they rehearsed. After a years and a half of playing together and their first few performances, I asked them what they wanted to be called. They took several months to ponder this and, on their own, came up with “The Rock ’n’ Rollers.

When and Where was their first concert?

How do audiences react to their performances?

Audiences are filled with joy at their performances. The Rock ’n’ Rollers have a big fan base that includes friends, family, teachers as well as fans they have picked up from people hearing them. People sing and dance along. There are many cheers. It’s quite an amazing experience. People also purchase many of their swag including T-shirts, hats and sweatshirts. 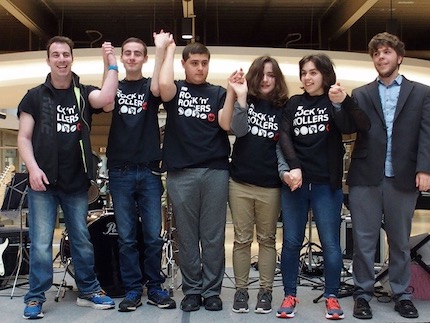 What are the therapeutic benefits of playing an instrument?

Learning to play an instrument can help build many skills including concentration, focus, short and long term memory, fine and gross motor skills, and self-expression and regulation. When we play music we are engaging many different areas of our brains. We are using motor, emotional, and cognitive skills. We are learning how to express our feelings and focus our attention. We are learning how to manipulate our 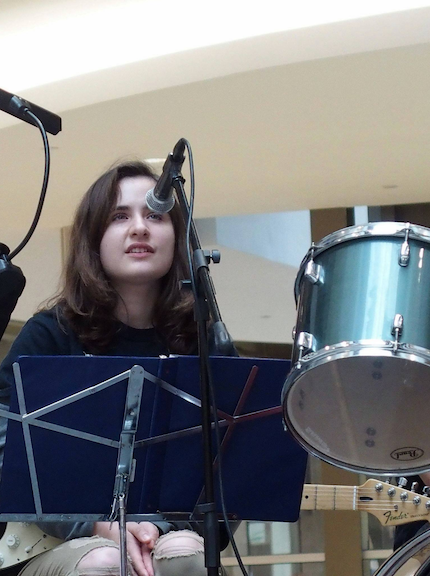 fingers and breath. We are using short and long-term memory. We are engaging in a teaching relationship with another person.

How are those benefits impacted by performing in a band?

Learning to play music with other people involves learning how to listen, cooperate, give and receive feedback, present oneself in public, join with others, assert self, take turns, and share. When we are in a band, we have a responsibility to others to learn and play our part. Everybody has a different role to play.

Being in a band is also an opportunity to make lasting friendships. Research shows that when we sing together we release more social bonding hormone, oxytocin, and less stress hormone, cortisol, than when just talking together. Being in a band with others helps people form intimate caring relationships.

The Rock ’n’ Rollers have each grown tremendously as individuals, as a group and have built a huge caring and supportive community of family, friends and fans. When they perform, audiences are consistently reminded to focus on what people can do, rather than what they have difficulty doing. 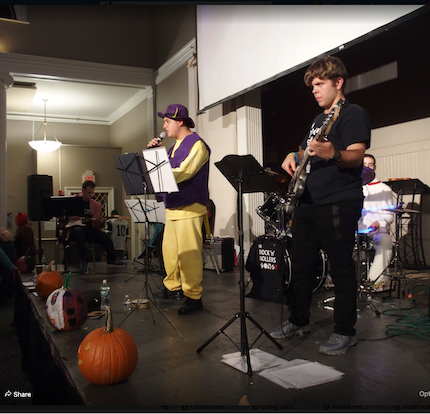 The “band” also helps bring people together. This includes the band members, their families and the community.

Are there other groups like the Rock n Rollers?

I have led other performance-type of groups in other music therapy settings, but none with the cohesion and joy that this group consistently demonstrates. I have also seen videos of other wonderful groups similar to the Rock ’n’ Rollers. But there is something remarkable about this group as they are a wonderful collection of passionate and talented musicians with unique, interesting and fun personalities with a passion and talent for making and sharing their music. And they truly care about each other as well as with sharing their music with others. 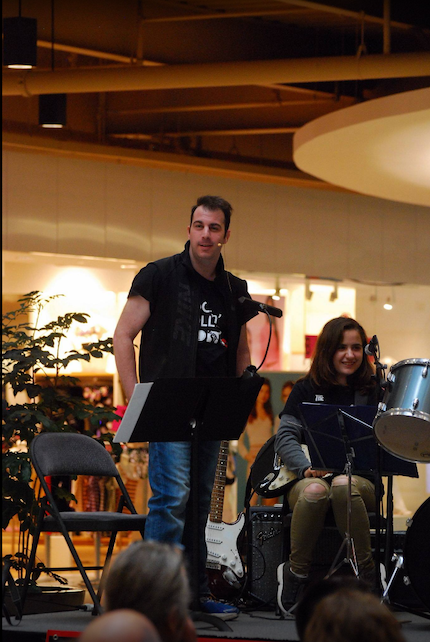 What are some of the crowd favorites?

There are so many crowd favorites that it’s hard to pin down any one song. Most of the band members sing, so we try to give as many of them opportunities to have the spotlight each show. But even those who don’t take a lead on vocals shine on their particular instruments.

Some of the real crowd pleasers are: 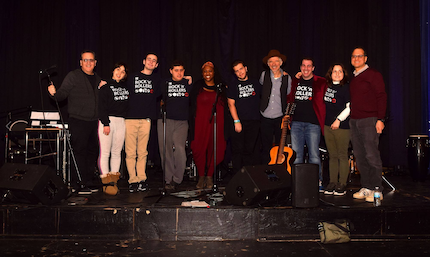 But there are many other songs that they play that people love.

The band is interested in expanding its roster of venues and audiences. This spring they will perform at the Rockland Center for the Arts for the first time on June 13th. The March 8th show at The Nyack Center is their biggest concert where they are the featured performer. Every time they perform they get asked to play at new venues and they hope to continue to share their love of music throughout the Hudson Valley. 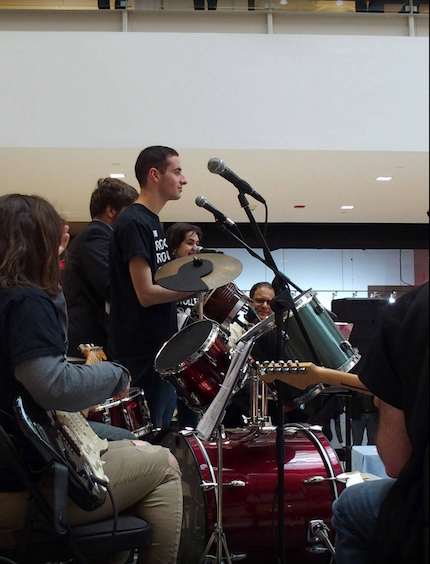 They have started to increase the complexity of their musical arrangements. Vocally, they now sometimes have 4 singers singing at the same time doing different parts. The band recently had a 11 1/2 year old saxophone player sit in with them and they are excited about adding this element to their music. 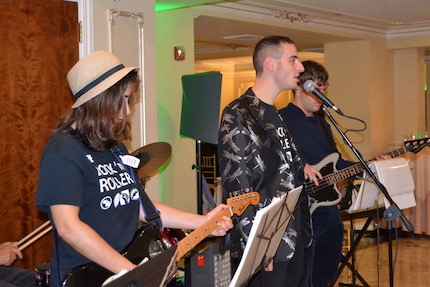 Any plans for a tour or an album?

The Rock ’n’ Rollers are currently on a 2019-2020 tour with one show per month. It is a local tour as many of them are still in school or programs during the weekdays.

Many of the band members have been asking for an album! They hope to work on one soon. But there is a film in the works!

We’ve heard about a documentary. When is it coming out? 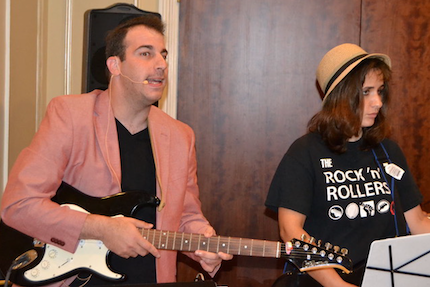 ArtsRock, under the direction of Elliott Forrest is currently making a documentary about the band. Elliott was so inspired and moved by their performances that he wanted to share this with others. Elliott and his crew have been filming the band throughout the year. You will be the first to know when the film is ready for release!

Tell me about Music For Life? 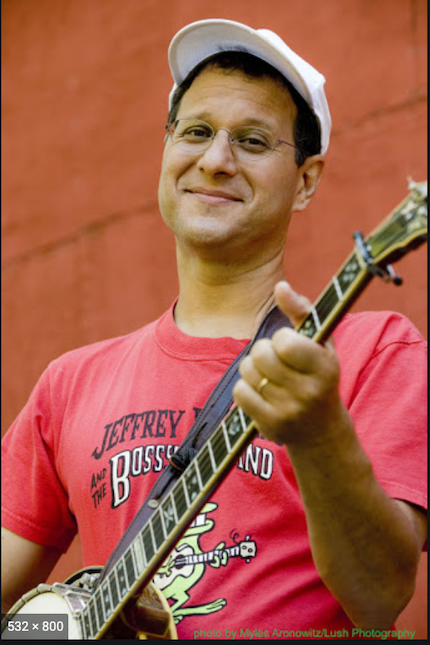 My philosophy is that music is a uniquely human activity that helps us throughout our lifespans to grow as individuals, to make and manage relationships and to build community. As a music therapist, I focus on the process of music making, rather than the product. I use music to help children, teens and adults in all areas of their lives, not just musically.

I have been a board-certified music therapist since 1994 and I am also a NY State licensed creative arts therapist (LCAT). I have worked in hospitals, day treatment programs and schools. I started Music For Life Creative Arts Therapy PLLC in 2015 in order to provide music therapy services to children, teens and adults in Rockland County with a variety of needs and challenges. 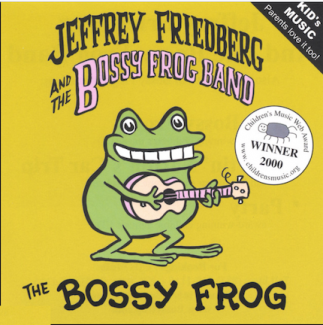 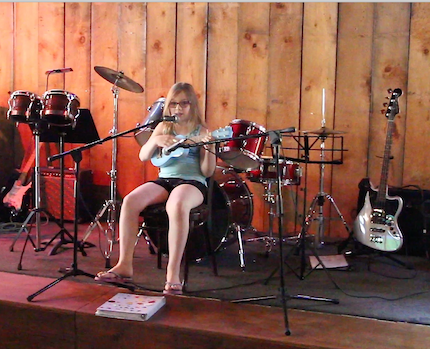 We provide one to one and group musical experiences that help participants learn, grow and develop functional as well as musical skills. We use music to help with social-emotional growth, cognitive skills, speech and language skills, motor skills as well as with learning how to play instruments.

We also have an active musical theater program that serves elementary school age, Middle and High School and adults. We just started a Middle/High School Chorus as well. 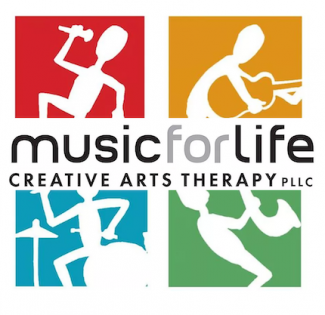 And how about the music of Jeffrey Friedberg?

In addition to Bossy Frog Band, I am in a bluegrass band called The Crusty Gentlemen.

To learn more about Music for Life, click here.