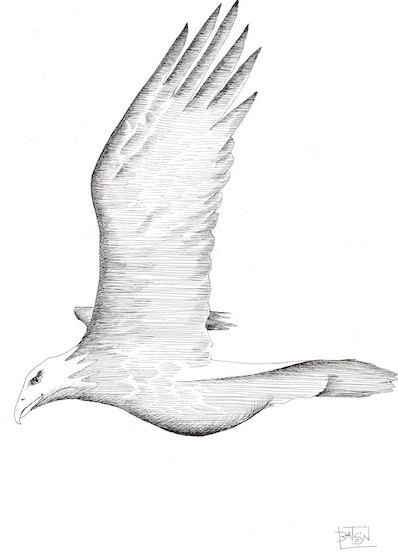 This week, Nyack Sketch Log has its  first guest writer in our 8 year history.

I have lent this space to my friend Ray Wright, a passionate naturalist, who wants to put his opposition to a proposal by the Suez Water Company to build a new headquarters near Lake DeForest on the record.

This Nyack Sketch Log will be submitted as testimony at a public hearing at Clarkstown Town Hall on Wed May 22 at 7:30p. We are hoping to others will attend and share their concerns.

Ray joined Wright Bros. Realty in 1962, a firm founded by his father and uncle in 1929. In addition to expanding the company’s stake in the real estate and insurance business, Ray became the official photographer. After selling Wright Bros. in 2000, Ray has dedicated himself full-time to wild life and jazz photography and wooden boat building.

Lake DeForest, Where Eagles Have Landed 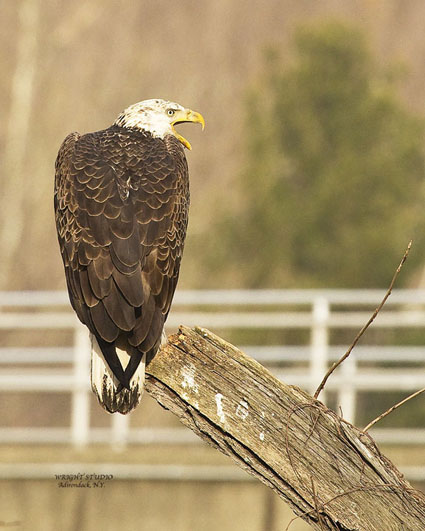 In 2012, I was one of a first photographers to witness the return of the bald eagle to Rockland County. For many years, there were no eagle sightings in here. The reemergence of the eagle was made possible by the federal government banning the pesticide, DDT.

Every year from January until early March, eagles come to the lower Hudson Valley. During these winter months, eagles come south so they can hunt for fish in unfrozen waters. A small number of eagles decide to stay year-round. I saw one carrying a fish over High Avenue at the corner of Midland just yesterday.

Please attend the next planning board hearing at Clarkstown Town Hall scheduled for Wed. May 22 at 7:30p.

Suez is proposing to clear cut and pave over 60,000 square feet of forest for parking lots and accessory buildings.

This development would cause contaminated storm water and fuel to enter Lake DeForest Reservoir during catastrophic storms, and also, in typical showers from leaking trucks and vehicles.

The development will also adversely impact historic Old Mill Road and the bucolic character of our community.

I have photographed eagles in West Nyack, Lake Tappan and throughout North Rockland. However, some of the most exquisite images I have captured have been around Lake DeForest, including an eagle perched on a tree stump, turning his head as if shouting a command, and another, about to lunch on a fish caught near the outflow of the dam.

One day, I photographed an eagle’s nest off Strawtown Road, on land owned by Suez. The photograph also documented an Orange & Rockland employee cutting trees within approximately 200 feet of an eagles nest, something that should not have happened.

I gave a copy of the photograph to some residents who live across from the lake and were protesting the extension of some fencing. They gave the photo to the Clarkstown Supervisor at the time, who passed it on to the Department of Environmental Conservation.

Over the years, I have taken close to a thousand photos of eagles. In many pictures, you can see the state and federal bands affixed with an expandable sleeve to their legs. Occasionally, I have seen a small antennae that allows GPS tracking. The eagle population is tracked because they are protected under federal law. 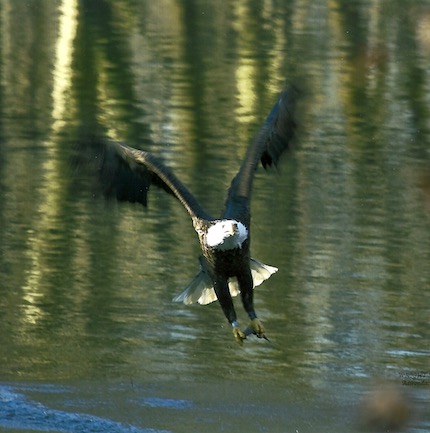 I photograph eagles because I am drawn to their majesty and grace. But I am aware that as a nature photographer, I also have a civic role to play. My photos help document the habitat that eagles, and all of us, depend on for our survival. The photos I take have to speak for the eagles, who do not have a vote in our elections or a say at our public hearings.

From what I have witnessed at Lake DeForest, any development of parking lots and buildings near this pristine area, the habitat for the eagle and other birds and wild life, is inappropriate. A rigorous environmental impact review should arrive at that same conclusion. 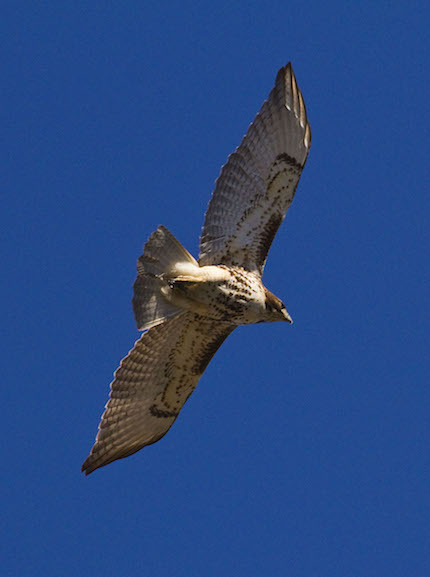 We lost our eagles once before, let’s not let that happen again.

See more of Ray’s nature photography at these upcoming events: