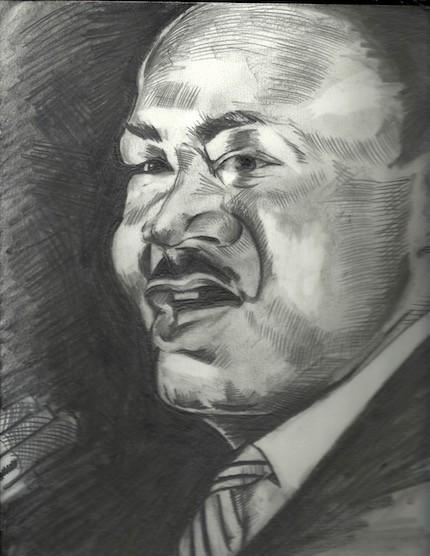 Were it not for an assassin in Memphis in 1968, our nation’s Nobel Prize winning champion of nonviolence would have turned 90 years old today, January 15, 2019. In a time of voter suppression and the deployment of crude racial stereotyping to distract from the growth of a foreign-influenced kleptocracy, the annual remembrance of Rev. Dr. Martin Luther King, Jr. is more urgent than ever. In Nyack, there are two wonderful celebrations of King’s life and legacy on Monday, January 21 at St: One at the St. Charles AME Church at 432 Valentine Avenue, Sparkill (9:00am) and the other at Pilgrim Baptist Church at 80 N. Franklin Street, Nyack (2:00pm).

Dr. King famously observed that “the arc of the moral universe is long, but it bends toward justice.” The results of a mid-term election in 2018 that seated the most diverse Congress in history is strong evidence that King’s maxim is true.

Here are four essays and sketches published to celebrate King’s legacy over the last eight years of the Nyack Sketch Log. Below find a link to each. Whether you are commemorating the day through service, or at a public ceremony, the value of having an annual opportunity to refocus our eyes on the prize of social, political and economic equity becomes more apparent. 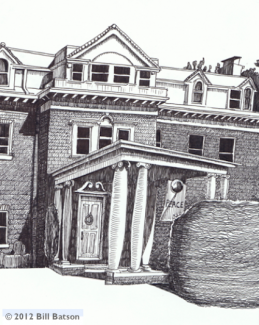 This is the house where Martin Luther King would have slept.  Were it not for an assassin in Memphis in 1968, our nation’s Nobel Peace Prize winning champion of nonviolence would have made it to Nyack.  The purpose of his visit would have been to commune with the Fellowship of Reconciliation, an organization that shared his philosophy and stood with him during his defining struggle. 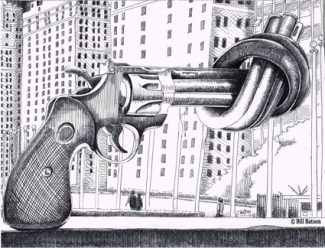 Would you be surprised to know that Dr. Martin Luther King Jr. applied for a concealed carry gun permit? In his fascinating essay “The Secret History of Guns, Adam Winkler recounts that after King’s Montgomery, Alabama home was fire-bombed in 1956, he applied for a pistol license.  Less shockingly, he was denied.  If King had not been shot down in Memphis, Tennessee in 1968, he would surely be speaking out for gun control today. Detractors might have tried to use his Alabama gun application against him. I would have argued that this fact made him an even more reasonable advocate for sensible reform. His voice is sorely missed. 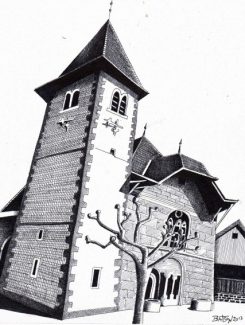 I was born in the interval between the March on Washington on August 28, 1963, where Martin Luther King Jr. gave his “I Have A Dream” speech, and the bombing of the 16th St. Baptist Church in Birmingham, Alabama on September 15, where four little girls lost their lives. America was at a perilous crossroads. These two months were a time of great uncertainty for our nation: would we embrace Dr. King’s enlightened vision of interracial cooperation, or descend into the anarchy of violence motivated by racial animus? 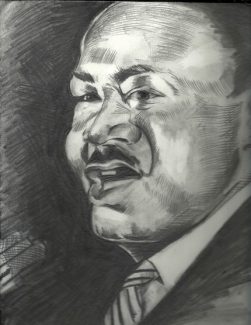 No one took Rev. Dr. Martin Luther King, Jr.’s life on April 4, 1968, he gave it. In an act that was the ultimate example of the non-violent philosophy he championed, King absorbed a fatal blow, borne of the racial animus his 14 years of non-stop activism hoped to end. James Earl Ray may have been convicted of killing the anti-racism, anti-poverty and anti-war leader with a Remington Gamemaster rifle, but King consciously signed his own death warrant by living the social gospel of his faith to the letter. In a speech publicly opposing the Vietnam war, given at Riverside Church in New York exactly one year before his death, King said “Have they forgotten that my ministry is in obedience to the one who loved his enemies so fully that he died for them?”