Once a waiting room for commuters, this tiny train station in Piermont is now an exhibition space for time travelers, a history museum.  Open every other Sunday from June through October, the public is welcome and the tickets are free.

The sounds of steam driven engines and horns echo in the memory of a dwindling few who lived in Piermont when the village was connected via rail to a national transportation grid. But this Saturday, June 16, thanks to the talents of scenic artists Betsy Franco Feeny and Gary Tannenbaum, a replica of a locomotive will pull into this station, as part of Family Fun Day, an effort to get young people on board the local history express. 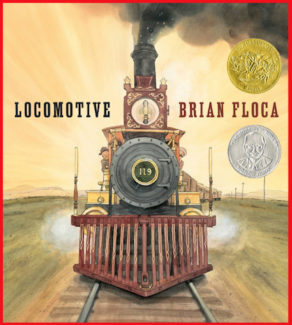 The historic territory to explore from this debarkation point is vast. When former Piermont Historical Society President Richard Esnard led the battle to acquire the lease for the station, he argued that preserving this history of this community  satisfied more than just parochial needs. “The story of Piermont told on the walls of this building is of historic significance to the political and economic evolution of this nation.” Specifically, Esnard was referring to the end of the war that birthed our nation and the beginning of the industrial era that resulted in the wealthy world power that we have become.

America Saluted for the First Time in Piermont

The Revolutionary War came to an end in this southeastern corner of Rockland County.  In May 1783, George Washington arrived at what was then called The Slote (Dutch for ‘the ditch’) to meet Sir Guy Carleton, Commander-in-Chief of British forces in America. After resolving matters relating to the cessation of hostilities at the American Army’s Headquarters in Tappan, Washington returned for a dinner on Carleton’s ship, the HMS Perseverance, and a 17-gun salute. The gesture was the first official recognition of the United States of America as a new sovereign nation.

The Name Remains, the Trains Came and Went

The first President of the New York and Erie Railroad, Eleazar Lord, had substantial holdings in what was still called The Slote in the 1830s.  It is said that he used his clout to have the terminus of the railroad built on a pier near his land. He also renamed the village Piermont, combining a reference to the pier where his railroad ended and the mountain that abutted his estate, where Lord lived in a structure one could only describe as a castle 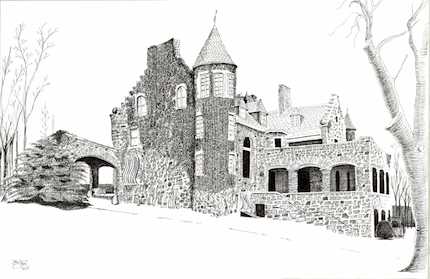 President Millard Fillmore and Secretary of State Daniel Webster traveled to the newly minted Piermont on the steamboat Erie on May 14, 1851, to take the inaugural trip by rail back to Dunkirk on Lake Erie.  Although the railroad put the American industrial revolution on the fast track, the fortunes of the railroad in Piermont were more fleeting. 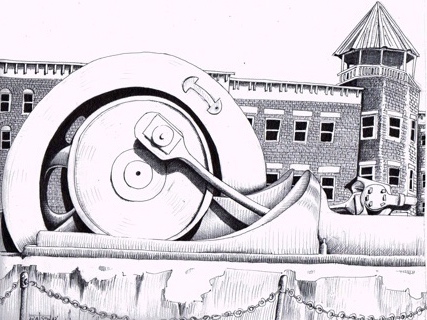 The unmovable object that is the center piece of one of Piermont’s rover parks is the part of a steam driven generator called a flywheel. The generator was installed in 1902 by Robert Gair to power the production of paper from his mill that was built on Lord’s Erie Railroad pier.

In an epic example of the phrase, they don’t build them like they used to, the decline of the local paper industry, the designs of luxury real estate developers and the full force of a wrecking ball could not persuade this flywheel to budge. So it now stands as a symbol to the durability of American workmanship and provides a place name for a park and an art gallery that have sprung up in its stubborn shadow.

She sold them tickets to ride

Belle Kelly moved to Piermont from Watkins Glen, NY, and served as a station master, ticket agent and telegraph clerk from 1908 until 1940. For decades, commuters using the Northern Branch Railroad that brought them to Jersey City and then eventually, New York City, were welcomed and aided by Belle Kelly. (The Erie Railroad was not served by this station.)

Three years after the railroad ceased operations in 1966, Kelly’s son, Tom, purchased the station. Belle died in 1976 and Tom continued to live there until his death in 1996, whereupon title eventually passed to the Village of Piermont. In 1975, the railroad right-of-way was deeded to Piermont and designated a public park by the Village of Piermont.

The memories of generals, presidents, industrialists and a dedicated station clerk now occupy this erstwhile waiting room. Visit one Sunday for a short trip trip through Piermont’s significant past.