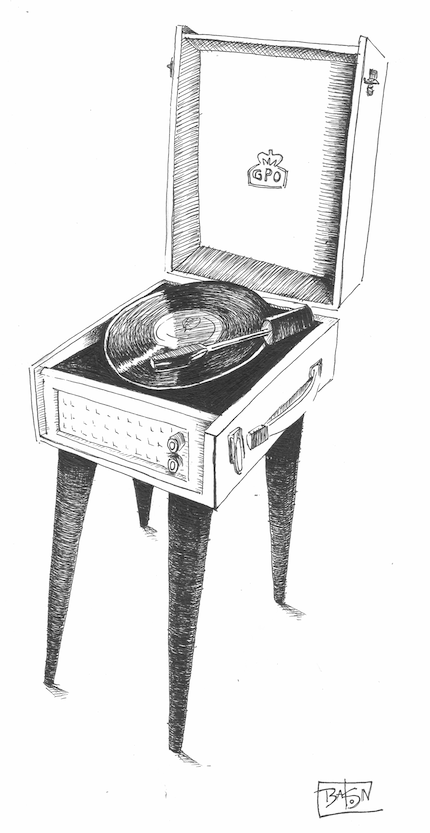 While the name of Nyack’s only record shop has changed, the staff, stylings and singer/songwriter owners remain the same. Amy Bezunartea and Jennifer O’Connor announced this weekend that their store will no longer share the name of their record label, Kiam. Main Street Beat is now emblazoned on the door where music fans can find new releases from the indy label, previously owned classic vinyl records and an eclectic offering of books and clothing, curated by Amy.

Main Street Beat has become a fixture in the cultural life of a village where creatives have lived and worked for decades. In January, their storefront window served as a street-level recording studio for an oral history project launched on Rev. Dr. Martin Luther King Jr.’s birthday. On April 21st, an around-the-corner line formed for National Record Store Day, where local R&B legend, Sam Waymon, sold out a re-release of his soundtrack to the classic 70s cult horror classic Ganga & Hess. They’ve even signed a local hip-hop duo, Tron! & DVD to their label for good measure.

Running a retail business, (that they co-own) a record label (Jennifer’s baby), and maintaining their individual careers as

composers and performers is no mean feat for the couple, who were married in 2014. As proof of their scheduling savvy, they found time for a quick interview with the Nyack Sketch Log during the hectic first week of their rebranding blitz.

How did you two meet?

Amy: I was playing music with our mutual friend Clint Asay/aka Clint Michigan…and the rest is history! That was over a decade ago.

Jennifer: We met through a mutual friend – Clint.  Amy had started playing music with him and he and I were friends because we bartended in Brooklyn together.

Coincidentally, Clint released a new album last week on the label – called Centuries. It’s beautiful and Amy sings a lot on it!

Your label is still called Kiam. Where did you get that name?

Jennifer: When I was a kid my dad used to say, “I Am The Kiam” a lot.  In a very passionate/joking/fun way. I knew it wasn’t a real word but my dad was kind of funny that way.  Always inventing made up words and just being a goofball in general. “Kiam” always stayed with me. I always took it to mean “I am the boss” but a kinder, gentler boss. 🙂  When I put out my first record, I decided to name my label after it.

Why the name change?

Yes, the store has grown into more than just a record store, so we wanted a name that befit it.  Also, it was getting confusing with the label being the same name.

Amy: Zia Records in Arizona. I spent a considerable amount of time endlessly browsing the aisles of these stores in the pre-internet, pre-streaming days of my youth. It was wonderful. They’ve been in business for over 30 years and managed to weather all the crazy ups and down of the music industry.

Jennifer: I like Academy Records in the city – all three locations.

Jennifer: Prince, Sign of the Time and Blue by Joni Mitchell.

How did you like hosting an oral history project in your window?

Amy: It was such a great project to be a part of! I met so many wonderful people and it was fascinating to hear their stories. It was a really fun to have people coming in and out of the store to record their stories.

Jennifer: It was really wonderful.  It’s such a great idea and important thing to do and I’m glad we got to be a part of it. 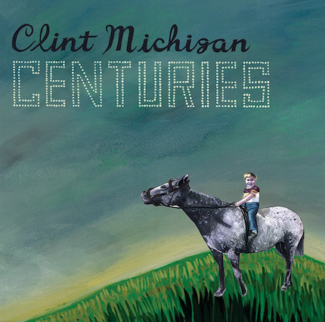 “I always joke about ‘trauma folk’ as being my genre,” says Asay. “But I didn’t want to make music that was just subjecting listeners to my terrible experiences for the sake of doing it. I think the reason it took me five years to make this record is because it’s so hard for me to call something finished, but it was also about trying to be honest. People will hear these songs and, hopefully, feel some comfort in them.” 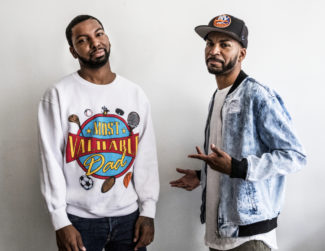 Local hip-hop artists Tron! & DVD aka Norvin and Darian Van Dunk will perform at The Nyack Park Conservany’s Spring it Back Old School Hip Hop Dance Party at Prohibition River, 82 Main Street, on May 11, at 8pm. $10 Donation at the door to support their upcoming Skateable Nyack event. Cash bar.

…Literally. Here are their most recent releases:

With the store and tours, when do you have a chance to write music?

Amy: It has been really difficult. I had no idea how hard it would be to juggle everything while trying to get a business off the ground. But it’s getting easier all the time and I’m looking forward to having more time to write again.

Jennifer: Hahaha. Here and there. I write on my computer a lot now at night after work.  But I’m trying to make more time for it.

Jennifer: In the store. They were customers. Their dad came in first actually.  And then we met them. It’s been really fun getting to know them and working with them on their music too.

How did you find Nyack?

Amy: We were looking for a change and Jennifer had played a show here and liked the town so we decided to check it out. We ate at The Art Cafe and went to the library and walked around and decided to give it a go! I ended up working at Art Cafe for nearly two years before we opened the shop. It was such a wonderful place to land after moving. Met so many great people there and really got to see what the town was all about.

Jennifer: I played a show here when RiverSpace was still open. Melanie Rock-who is now a friend-was the booker there at the time and she booked a show with me and the musician Chris Brokaw. Amy and I wanted to move out of our last apartment in Brooklyn, we decided to expand the search outside of the city limits.  We found an apartment we loved here and just went for it figuring we’d try it out for a year. It’s 6 years this December.

Amy: In the distant future.

What’s it like running a business with your life partner?

Amy: It’s been really hard, but I think it also forced us to grow up and I’m really grateful for that. It’s this huge hurdle that we cleared and we’re definitely a better couple for it.

Jennifer: It’s hard but very rewarding. I think we’ve both grown a lot since we opened this place. It kind of kicked our asses. But we’re still here and better for it!

Is Vinyl here to stay?

Amy: Absolutely! It seems to be the format that people always come back to.