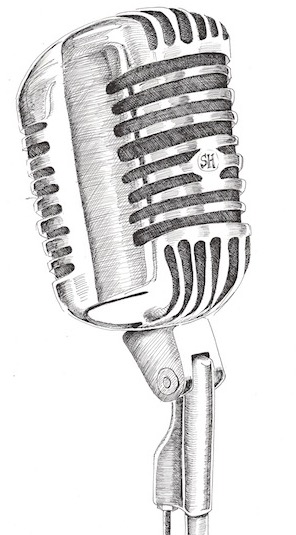 Major gaps in my ancestry explain my fascination with family, local and black history. I was born in the interval between the March on Washington on August 28, 1963, where Martin Luther King Jr. gave his “I Have A Dream” speech, and the bombing of the 16th St. Baptist Church in Birmingham, Alabama on September 15, where four little girls lost their lives. I was also immediately put up for adoption. Spoken History, an exhibit that I  created and that opens on Friday, February 2 at 95 1/2 Main Street in Nyack, explores the value of preserving and reconstructing personal narratives.

America was at a perilous crossroads in September 1963. This was a time of great uncertainty for our nation: would we embrace Dr. King’s enlightened vision of interracial cooperation, or descend into the anarchy of violence motivated by racial animus. Having been born to an unwed mother as the result of an interracial union and placed up for adoption, my fate was unclear as well. Fortunately, I was adopted by a wonder family with deep roots in a beloved community like Nyack.

As my life has proceed, decisions made to conceal details of my past, and the very illusive nature of a narrative obscured by secrecy and shame, has produced an artist that is always asking questions, with an unquenchable desire to explore and comment on the aspects of our nation’s history that revolve around race and civil rights. I am driven to weave together the threads of the narrative of the family that raised me, but am always being summoned by the siren song of the stories of a sub-Saharan African family that I have only barely met. 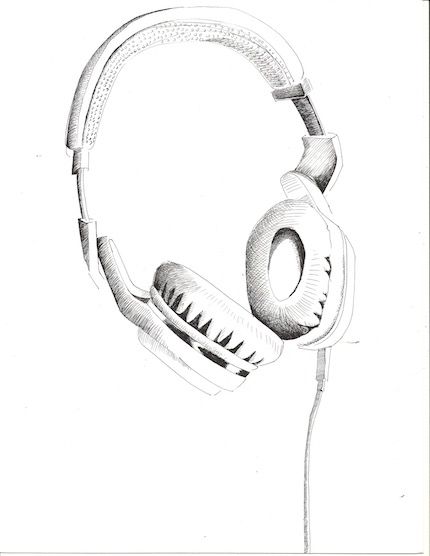 My art, and at times, my day job, has been the practice of storytelling and searching, making art and organizing events, using words and images that seek to unearth hidden facts or heal racial divisions. Spoken History embodies both pursuits.

In Spoken History, and the Nyack Record Shop Project that I recently directed for the Edward Hopper House Museum and Study Center and the Historical Society of the Nyack, I employ words, uttered and recorded to affirm the existence of Nyack’s African American community to assert its equality. When words spoken so purposefully are heard, they can arouse in us a reaction, like the call and response of a sermon.

It is tragic when a life has no words to accompany it, no song to serenade the survivor, no annotation to measure the pain and pleasure felt. No spoken word or oral history given. That missing narrative has the quality of a black hole, where even light can’t escape.

In my exhibit, Spoken History, I specifically celebrate two figures, one alive and one dead: a blues legend, singer, lyricist and band leader Sam Waymon, and a spectral like figure, Cynthia Hesdra, that escaped oblivion and lives today, thanks to journalists, scholars and several artists that I assembled and directed.

Sam Waymon writes notes and lyrics that illustrate the guts and glory of the African Diaspora. Performing since the age of three with his sister, Nina Simone, Waymon has been at the center of the creative dialogue that captures, in excruciating and exalting detail, how much black life matters.  As a neighbor and citizen of our village, Sam’s journey is a living text book that should be required reading. To ease that assignment, and yes, there will be a test, a passage from his oral history has been writ large for all to see.

Artists like Sam are public servants, who often toil without steady income or benefits. Supporting Sam’s art is a way to live the dream of a freedom and equality that Rev. Dr. Martin Luther King died to establish when he was killed 50 years ago this April. It is no small irony that Sam and his sister sang at Dr. King’s memorial service. 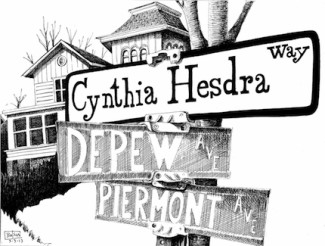 Were it not for scholar and product of Nyack public schools Dr. Lori Martin, Cythina Hesdra’s name would not exist. Hesdra almost died the third death portrayed in the Pixar film coco, when ones name is finally forgotten. Thanks to Martin and others, Hesdra has a street named after her, and a Toni Morrison Bench By The Road monument erected in her honor as permanent tribute. Her heroism as a female African American abolitionist and entrepreneur in the mid 1800s would inspire no one. But evoking her memory has been complicated by the lack of a photographic image of her. 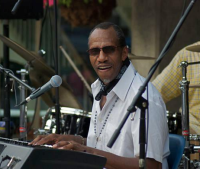 As the result of a recent housing emergency, Sam Waymon needs your support.  Please visit the Sam Waymon page on gofundme  established by his colleague and bandmate Dylan Kelehan, to find out how you can help.

When I directed the Bench by the Road project, there was an palpable tension as many minds sought to conjure up a likeness for a somewhat recent historical figure who had not been photographer or even, as is my preference, depicted in a sketch.  I never felt comfortable arbitrarily giving her life and substituting my imagination for her actual countenance. Now, thanks to a team that I assembled that includes Fabric Artist Sara Bunn, Actor Bev Mitcham, and Photographer Luis Bruno, Hesdra has been given form.

As powerful as these names ring out, there are two window installations that are part of Spoken History, that represent the radical egalitarianism that must exist if we are to be the democratic society of our conceit. Every life story, every improvised verse, matters. And if given voice, and patient ear, you will find that each is as compelling as the story or testimony shared before it. So take the headphones and listen to the 25 stories of African American life given during the Nyack Record Shop Project, an oral history initiative that is an homage to the work of photographer Carrie Mae Weems. Or take the microphone and give a three minute song or soliloquy that captures this moment in time for you. Your words will be recorded and a copy submitted to the Nyack Library.

If you do not speak, on the record, and secure that your words have been archived, the narrative of our time and place will be written without you. And tragically, the stories of people who have struggled the most, and whose suffering and survival and triumph might be most useful to the masses of people are those that are not being collected.  When the aids activists of the 80s said silence is death, they could have continued the observation and included oblivion. Speak to history or history will forget you.

I am still filling in the blanks of my story.  I have yet to fully embrace the history of the maternal line that is known to me, or been able to engage with an African lineage that I am separated from my calculus of distance and custom. But through my words, individual and collaborative art projects and  research, I am weaving together my story and the stories of others. It’s a satisfying sojourn that has become the manner of my service and my art form. Through my columns and exhibits like Spoken History, I hope I can inspire others to travel along.

Bill Batson is an activist, artist and writer who lives in Nyack, NY. “Nyack Sketch Log: Scholar Puts Local History on Global Map” © 2016 Bill Batson. In Dec. 2014, Batson published “Nyack Sketch Log, An Artist and Writer Explores The History of A Hudson River Village.” Copies of the book can be purchased at billbatsonarts.com.