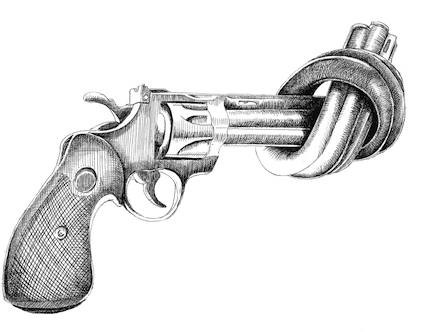 When Rev. Dr. Martin Luther King Jr. was killed 50 years ago this April, the assassin was not just trying to silence a man, but a people.  A people who believe in freedom, and who will not rest until it’s achieved. A people who are proud of their ancestry, despite being called inferior and indolent by the dominant culture in America and Europe. But ultimately, it will not be the infamous act of a murderer with a fire arm that might  silence the voice of the generation who endured and overthrew the tradition of Jim Crow racial discrimination in America. We could be the culprit –  if we fail to record the life story of our elders before they depart.

In some communities, Martin Luther King Jr’s national holiday is commemorated through public service. Starting on January 15, 2018, the Nyack Record Shop Project is hoping that our collective story-telling summit will elevate the practice of recording the personal history of our elders to the status of an essential and routine civic undertaking here in Nyack and other places. I am serving as the director of the project.

We are inspired to preserve the memories of our elders by the work of Carrie Mae Weems.  Weems’ work is currently on exhibit at the Edward Hopper House Museum and Study Center at 82 North Broadway in Nyack through February 25. She is the first recipient of the The Hopper Citation, a legislative award that was authored by New York State Assembly member Ellen Jaffee.

Weems collected oral histories in a record shop in Beacon that informed her large scale photographs. In Nyack, we will spend several days conducting interviews at Kiam Records as homage to her. The use of a store front window on Main Street is a powerful symbol that the stories of a community that were once marginalized are now taking center stage.

The African American community is being asked to consider telling their stories, or reaching out to family members, and neighbors, co-workers, who have lived a life of struggle and substance that deserves to be preserved. Let them know about our project.

Participants are invited to give oral histories at Grace Church at the corner Franklin Street and First Avenue on January 15, at 4pm.  Many of the organizers and participants will be attending the Interfaith Commemorative Martin Luther King Service first at Pilgrim Baptist Church at 80 North Franklin at 2p.  Grace Church is directly across the street.

If you can not attend the session on the 15th, oral histories interviews will be conducted at Kiam Record Shop at 95 Main Street from Tuesday thru Saturday.  The hours from Tuesday – Thursday are noon – 7p.  On Friday and Saturday some one will be there from 10am – 10pm.  A typical oral history will take 30 minutes.

Working to make the historic records representative of our village’s demographics will insure that when future scholars write the history of Nyack, the black community will be one of the main character. Every January 15, let’s make mass oral history collection a new way to commemorate Rev. Dr. Martin Luther King Jr.

Oral histories will be transcribed and archived by the Historical Society of the Nyacks and made available to the public.

This week’s sketch is a drawing of a sculpture entitled Non-Violence by Swedish artist Carl Fredrik Reuterswärd that is on display on the grounds of the United Nations in New York. Reuterswärd made this piece afterJohn Lennon was murdered by a gun.